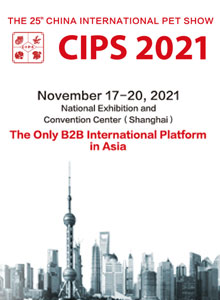 South Korea's outbound shipments of pet food products soared 83.5 percent in 2020 from a year earlier on strong demand from the Asia region.

Exports of pet food products reached $67.4 million last year, jumping from $36.7 million in 2019, according to data by the Ministry of Agriculture, Food and Rural Affairs on the local pet industry.

By country, Japan accounted for 36.4 percent of the total, trailed by Thailand with 26.4 percent and Vietnam with 8.4 percent.

The country also imported $270 million worth of such products in 2020, up 11.9 percent on-year in line with the growing number of households raising pets.

The number of pet owners, meanwhile, has been gradually growing over the past few years due to the rising presence of single-member households.

The proportion of single-member households in South Korea surpassed 30 percent of the total for the first time in 2019.

The ministry estimates some 5.91 million households raised a pet as of 2019. The figure accounts for 26.4 percent of the total.

By animal, dogs were the most popular pet at 83.9 percent, followed by cats with 32.8 percent. The survey covered households raising multiple kinds of pets.